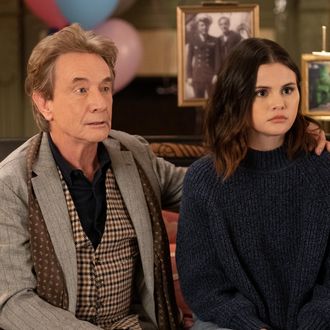 Thought the Only Murders in the Building finale would finally resolve everything? Don’t kid yourself — this show got renewed for a third season, and by the looks of things, so will the podcast. And possibly now a documentary? There’s a lot going on at the Arconia and the season hasn’t even been given a release date from Hulu. While we are attempting to piece together what’s going on with Charles, Oliver, and Mabel, below are some of the guests that the Arconia will take care or take care of this season of Only Murders in the Building.

In a way, Gomez’s Instagram is like her personal version of Mabel’s podcast: she’s dropping hints for us to find out what the new season will be about. And what is her biggest clue? Meryl Streep, of course. Via Instagram, Gomez revealed that Streep would be starring in an undisclosed role. But Streep isn’t the only special guest this season. Deadline reported that Jesse Williams will bring a camera crew to the Arconia. He will be in a reoccurring role as an unnamed documentarian interested in the same investigation as Mabel, Charles, and Oliver. On the heels of the season-two finale in August, Variety confirmed another star, Paul Rudd, will join season three of the Hulu comedy, starring as stage star Ben Glenroy. And (spoilers ahead, if you want to press pause) from those final moments of season two, it looks like he’s not coming out alive.

A year after the trio finally solve Bunny’s murder, Ben is starring in Oliver’s new play, alongside none other than Charles-Haden Savage … until he seems to drop dead mid-show opening night. In a statement to Variety, Only Murders showrunner John Hoffman called Ben Glenroy “a clear source of many upcoming questions,” as if that weren’t obvious! Was Ben murdered? What was he arguing with Charles about? And did he even live in the Arconia?? If only we could jump ahead a year to get some answers.