The Mr. October Foundation Celebrity Golf Classic returns for 2023 and will be held on Monday, January 30, at the prestigious Floridian National Golf Club in Palm City, Florida. Baseball Hall of Famer Reggie Jackson, who established the Mr. October Foundation in 1997, will host the event, which will feature several top former pro athletes from a variety of sports, including more than 30 Hall of Famers, in addition to A-list celebs from the entertainment, music and fashion industries. A list of confirmed attendees will be forthcoming as the golf event approaches.

The Mr. October Foundation is a non-profit public benefit corporation founded to improve educational opportunities for underserved youth. Its primary mission is to provide realistic and reachable goals for communities where children have not shown a predisposition toward academic achievement, even though they can do so. This year, the foundation is partnering with rapper Travis Scott to continue to raise funds and awareness for the foundation. Scott will be one of the lead event sponsors through his Cactus Jack Foundation and Project H.E.A.L. initiatives, as both organizations are dedicated to addressing youth challenges. All proceeds will be allocated to improve educational opportunities for disadvantaged youth, a shared pillar of Reggie Jackson and Travis Scott’s foundation and charitable endeavors.

“Since the inception of the Mr. October Foundation, we’ve touched the lives of thousands of students who are looking to change their lives through STEM education,” Jackson said. 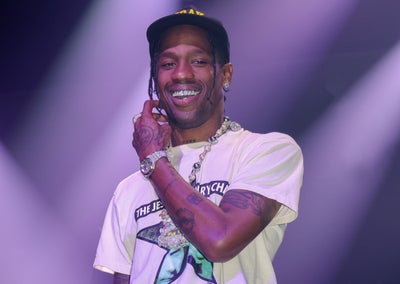 He continued, “I want to thank Travis Scott for his longstanding commitment to ensuring that children should have access to quality learning environments no matter where they live.”

Scott said, “I’m passionate about providing educational access and opportunity to underserved communities, which I’ve supported personally for years. I’m excited to collaborate with the legendary Reggie Jackson on a mission we both care deeply about. I look forward to seeing him on the golf course later this month and at the Cactus Jack HBCU Classic in February.”

Last year’s Mr. October Celebrity Golf Classic raised over $500,000 for STEM programming in underserved schools in Oakland, St. Louis, Detroit, and the Bronx. Over 1,500+ students learned more than 35,000+ STEM-related skills. The charity also has plans to fund Houston and West Palm Beach, Fla. The funding will provide a curriculum for STEM-related careers, in addition to physical, electronic resources and professional development resources to inspire, engage, and prepare students for STEM careers.